Today is National Beer day and while we would all love to celebrate with a pint on a patio, we’ll just have to do the next best thing! I’ve rounded up a hefty list of Breweries in the area that are doing Curbside/Pick-up and/or Delivery (and that are open TODAY), so you all can toast with a tasty pint tonight! But hurry, most of these taprooms are only open with limited hours right now so decide quick. I’m kicking off the list with my favorite area to grab some beer – Northeast!

I hope you were able to spot one brewery on this list where you can make grab some goodies for today! Cheers! 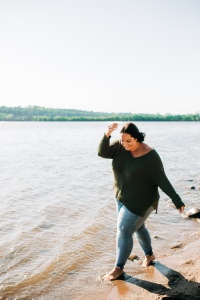 Hi! I’m Lizanne- a small-town Minnesota girl living in the city. I enjoy adventuring throughout Minnesota with a latte in hand. I’m here to be your local scout and share all my finds with you! I’m always shopping and supporting local, so if you ever need some ideas – I’m your gal! My goal is to inspire people to explore more and create an inclusive community for adventure seekers out there. Follow along with my adventures and see what I’ve been up to lately!